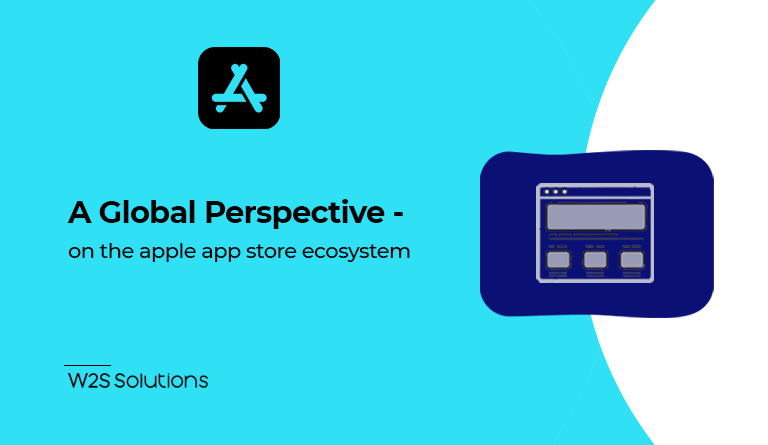 A global perspective on the apple app store ecosystem

The success of Apple as a brand is attributed to Steve Jobs- one of the greatest pioneers of Silicon Valley. In a market dominated by IBM, Steve Jobs envisioned the future of Apple, placing it towards customer experience rather than loading it with features. He combined aesthetics with technology, giving birth to a new line of products that became a status symbol down the line. Fast forward, Apple has become one of the most expensive companies in the world.

Peoples’ fascination with Apple can be attributed to the genius marketing strategy of the pioneer Steve Jobs itself. He understood that the market is moving towards customer experience and will dominate the business in the upcoming years. He focused on providing what users wanted. This idea sowed the seeds for APP STORE creation which is now a $643 billion market.

Ever since the app store was invented, the need to strengthen the platform has arisen. This creation of platforms has now led to the creation of “ecosystems”. An ecosystem in the sense of digitalization means, coexistence of different devices that run the same Operating system or platform. The system is specifically designed in such a way that one device compliments another. When all these devices are in sync, running the same platform, accessing data from these devices becomes easier. As these devices access data from a common cloud, one can get the most out of the device just with an internet connection.

Size of the app store

Why do you need an iOS application for your business? 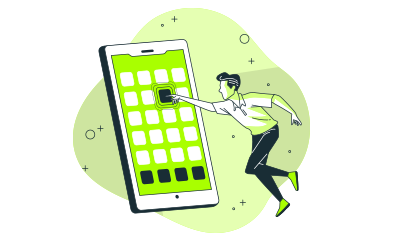 If you own a business, you must consider developing an iOS application for your business or organization. The size of the business doesn’t matter. The majority of the mobile applications in the app store belong to small businesses, at least they were considered small when they started. Within a short period, the only complaint was that there were not enough applications in the app store. The store gave space for developers to experiment with new technologies like AI, VR modeling, etc.

The app store optimization was so crazy that there were individual iPhone app development companies that were experiencing tremendous growth. As mobile phones transformed into smartphones, the scope increased even more than ever. The proximity of applications that were once deemed to be just for entertainment purposes widened by a significant margin. There were many categories of applications that provided diverse solutions including e-commerce, logistics, engineering, utility, art, creation, etc.

The apple app store revenue is nearly valued at $624 billion. This is because of the alignment of the business and IT sectors. Mobile applications became the face of many businesses, particularly iOS applications. Many premium companies like Facebook, Snapchat, Instagram, etc. started out as simple applications, but are now dominating the global market through big data analytics.

The app store facilitates transactions between small businesses and customers, making it one of the biggest data mountains. This data can be utilized by businesses that exist in the apple app store. The important part of the iOS application is the fact that the businesses can cater to a wider audience compared to their traditional methods.

Read Also – Why the ASO Technique is Importance for App Development Companies? 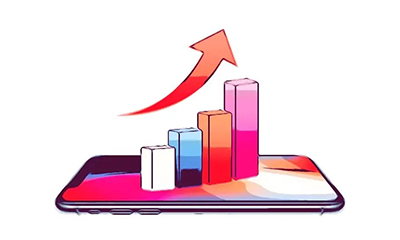 The most common strategy to monetize any iOS application is by selling its services. It doesn’t have to be a physical product but the need for services is still increasing despite the existing applications in the market.

Another way to monetize is by using the iOS mobile application as a channel to the physical store. Your mobile app can act as a virtual door for your store. Customers can shop at the comfort of their home and the shop is not confined to geographical limitations.

One can monetize their mobile application by selling ads in their space. Your app should have a tremendous number of users to monetize it this way. The very aspect of this method is to reach a wider audience, hence the requirement.

How hard is it to create an iOS application?

The heavy demand for this skill has created various channels and free resources from which developers can learn for free. The competition also gave birth to many iPhone app development companies that provide state-of-the-art interfaces and functions.

What is the scope for iPhone applications in the future?

The mobile applications ecosystem is on the rave now. The creation of a new branch called IoT has transformed the way we perceive technologies. IoT has shaped the course of tech development towards automation. Mobile applications are now focusing on creating indulging experiences for users rather than a simple application to spend their time. mobile applications, including cross-device and cross-platform applications, are integrating their functionality with tech like Virtual Reality, Artificial Intelligence, Machine Learning, Data analytics, etc.

An apple app store analysis found that there were almost 40 new companies that entered the IPO market after devising a business model with the mobile application at its heart. This is not an easy feat to achieve without digitalization. This impressive feat is the proof for the statement ‘an idea can change the world!’. App-store optimization can optimize the platform to greater levels. The apple app store revenue is now clocked at nearly $650 billion, but this trend can only increase.