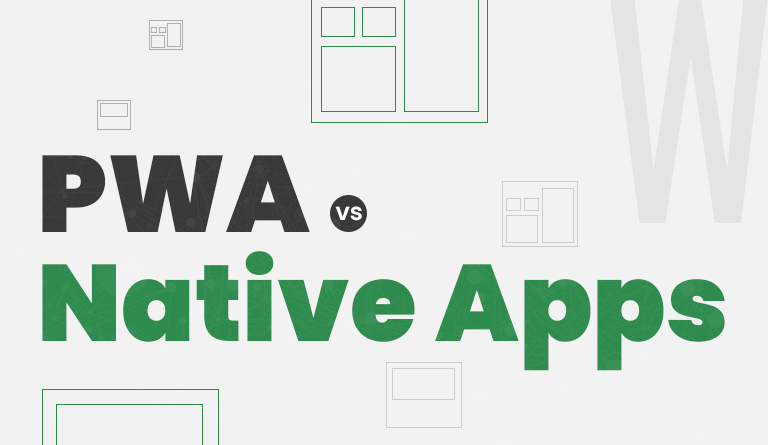 What are native apps?

Native apps are software programs designed to run on mobile devices, such as smartphones and tablets. They’re written in a specific programming language for a specific platform, such as iOS or Android. Though hybrid apps exist, when people say mobile apps, they usually mean a native application.

They can be downloaded and installed on a device by the user, most likely a smartphone. They can also be used with other devices via an internet connection and cloud services like Google Play Services or Apple’s Game Center.

Native apps are installed on the device. They can access some or all of your device’s features. Native apps are more secure because they use native code and don’t require any third-party server to run them (even though some developers may still use a hosting service). There are many benefits of native applications but the downside is that native apps usually cost more to develop than PWAs because you need an engineer who knows how to write secure code in the application’s environment. But most of the time, businesses hire app development agencies to get the desired output.

What is a Progressive web app?

A progressive web app (PWA) is a web application that can be installed on a device and used offline. It works on all devices, from low-end smartphones to high-end laptops.

Progressive Web Apps are soaring in popularity because they use the same Google APIs that make up your search engine results page (SERP). This means that when you Google something, you’ll get an instant answer in PWAs instead of having to wait for it as if it were an internal web page or even worse: nothing at all! Also, there are many other benefits of progressive web applications that make it one of the most demanding services provided by IT Solutions providers.

Some argue that Progressive Web Apps are more secure than native apps because they use the same security protocols that Google uses to protect itself. This means that when you visit a PWA, it will have the same level of protection as your search engine results page (SERP). But native apps can be as secure as a PWA, if not more secure. You can even include additional security measures in a native application, like multi-factor authentication.

How does a PWA work?

A Progressive Web App (PWA) is a website that looks and feels like a native app. It’s fast, reliable, and engaging; it can be installed on the home screen just like an app or downloaded from the App Store or Play Store.

PWAs are built using some of the same web technologies that are easily available: React, Redux, and Webpack. They also cache resources like images so they load faster than if you went directly to them in your browser without caching first. Service workers run in background mode so they don’t have to be loaded every time you open up an app page; instead, they’re only loaded when needed by users who want access those files—like when sending push notifications through PWA’s API layer which allows for custom UI elements such as buttons or dropdown menus which aren’t available anywhere else but within PWAs themselves!

When you compare the difference between progressive web apps and native apps, there is no significant difference in capabilities. PWAs have come a long way, and the present-day Progressive Web Applications are performing heavy-duty functions like native apps, too!

Native apps are faster than PWA because they can use their phone’s hardware to run more quickly and efficiently. They also take advantage of the device’s sensors and location data, which can be used for contextual information or even push notifications. However, native apps require relatively more computing power, and the resources to build a native application are typically more than you need to build a progressive web application.

PWAs, on the other hand, can go toe-to-toe with native applications because they can use progressive enhancements to load quickly and easily on any device. They also provide a more secure experience by being hosted as a website rather than downloaded and stored on a user’s phone. As they are built on easily available technologies, startups and smaller brands may favor going for progressive web app development services than native application development.

Which is better- PWA or Native application?

Native apps have an edge over progressive web applications in the following areas:

While developing an app, it is essential to have information about all the pros and cons of both native and PWAs

Native apps are more secure and faster, but they are also more expensive. On the other hand, PWA apps are faster, cost-effective, and user-friendly; thus they can be accessed from any device without any problem or limitation. Furthermore, while developing an app you will learn about other important aspects such as security issues that arise during the development process when compared with Progressive Web Apps (PWAs).

The best app is the one that you can use to get the job done. Different businesses have different needs, and factors like costs, functionalities, resources, affordability, target audience, etc., come into the picture when you’ve to choose between progressive web application development and native application development. The bottom line is that it’s highly subjective.