What Is Better Java or Kotlin – Pros, Cons and the Conclusion 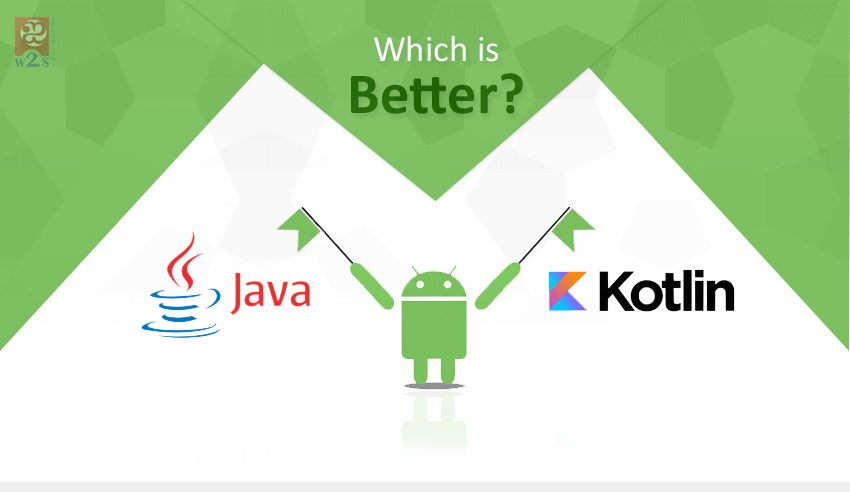 Java and Kotlin are the most-widely used development languages when it comes to Android App development. Professionals from any Android App Development Company, who have been making use of Java since very long, have another option now in Kotlin. Having been announced by Google as the second official language for developing Android Apps at the I/O conference, Kotlin has now emerged as one stellar programming language. No wonder, Kotlin offers to be compiled successfully and run effectively on the Java Virtual Machine. Java, having reigned as the most preferred language for developing Android apps, has found its match in Kotlin.

The Open-Source Programming Language of the Recent Times – Kotlin

While it is not compatible with Java, Kotlin, the powerful statically-typed programming language, runs on Java Virtual Machine. Code written using Kotlin works fine with Java as well as it natively does. Using aggressive inference for determination of the types of expressions and values – when they have not been stated clearly – Kotlin, as a programming language, is more distinctive than Java that at times may require repetitious type specifications.

After having been announced officially as a first-class Android Development language, Kotlin certainly has grabbed the attention of global Android App Development Companies and developers.

Regardless of whether you are a beginner or expert, you are faced with the dilemma of deciding between Java and Kotlin today. With the additional choice, it is common that programmers and business owners alike find it a difficult task picking the right one for developing their Android Apps. It is by going through the various pros and cons related to both the programming languages that one will be able to arrive at the right decision in this connection.

Pro-Java Factors – What Goes in Support of Java

Android itself having been written in Java, there’s no wonder that Java has been many developers’ favorite with regard to Android App Development. This object-oriented programming language claims the title of the second most active language on GitHub. It has been around for nearly 20 years with its popularity only appearing to grow.

Being positioned as the first-class language for developing Android apps, Kotlin is considered to be the ‘enhanced Java’ by programmers across the globe. Kotlin provides several improvements over Java, its 2-decade old predecessor. Not without reason, Kotlin, the modern programming language offers a number of advantages, especially for building Android apps.

There are Some Limitations as well, with Kotlin

As with any programming language, there are certain catches in using Kotlin also.

Which one is Better – the Inference

Although Kotlin proves to be far better than Java in certain aspects, it has not reached being the perfect language yet. It is in a way in an experimental stage, although it appears close to outshining Java. Kotlin is about to be adopted on a wide level in future, no doubt. Java, with its years of use and reputation, will take a long time to be replaced, but Kotlin is fast becoming the choice of startups and those seeking innovative technologies.

Android Development Companies had better experiment with Kotlin slowly and get to know how their team fares with it and whether they are able to reap the intended benefits.