Swift vs Objective-C: Which is Ideal for iOS App Development in 2020
× 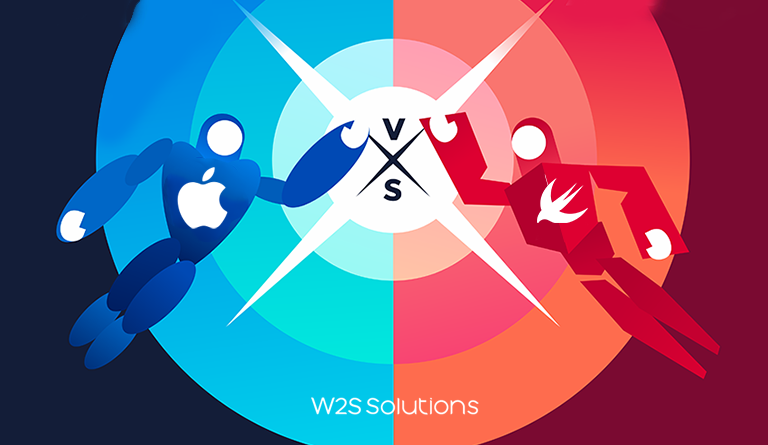 Swift vs Objective-C: Which is Ideal for iOS App Development in 2020

The main features and characteristics of the languages: 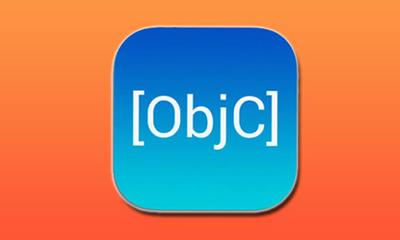 Finally, during the late 1980s, NeXT Computer, Inc. acquired the license for Objective-C for developing the frameworks for ‘NeXTStep,’ which was again picked up by Apple. Thus, Objective-C came up to be the standard in terms of iOS app development for many years.

According to Apple, Objective-C comes with object-oriented capabilities along with the dynamic runtime. 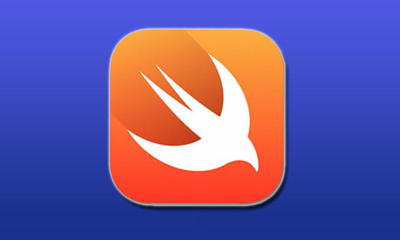 This language is compatible with macOS, iOS, watchOS, tvOS. Moreover, the concepts of Swift are similar to Objective-C. It includes late binding, dynamic dispatch, extensible programming, etc. Additionally, it works fine with figuring out the bugs and also addresses Null pointers.

In the year 2015, Swift 2.0 was released to the market. In addition to Apple platforms, Swift is also compatible with Linux. Moreover, by 2023 the mobile market is expected to grow $165billion with Swift acting as the next generation iOS language.

Since this is a modernized language, it comes with a simplified syntax and modern concise concepts. It also comes with an interactive development environment.

The speed of app development with both the languages:

The use of higher-order functions and generics make the codes much more reusable and cleaner. Type inference and options also make sure that the codes are safe as they are being transferred to the compilator from the programmer.

Being a mobile app development company, we specialize in developing an app with both Swift as well as Objective-C. 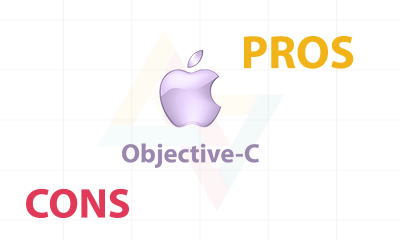 Objective-C has literally been used for writing millions of codes from its beginning to this day. You will get an answer to almost every question and every doubt thanks to the third party frameworks and the documentation that exists.

It comes with a feature such as Dynamic Tapping where the coding environment is more flexible. Hence, developers can make the required changes whenever needed at any stage of development.

Also, it supports effectively for Binary frameworks. Moreover, it has been over 3 decades which makes Objective-C a stable one.

Objective-C is actually a superset of the programming language C. Thus, it works pretty smoothly for both C++ and C codes.

If an application is developed in Objective-C, you will not really have to spend your money on taking the application to a new language after a couple of months.

It is significantly different from other common programming languages. The memory management of Objective-C is really complex. Thus, if a developer has an idea about Objective-C, he can learn and start working with Swift easily.

The app that has been made with Objective-C is easier to hack into compared to a Swift app. Objective-C is renowned by now, and it has been here for years. So, the tools of reverse engineering are quite sharp, as well.

It comes with a complex syntax with problems like Block Syntax. Since it is of Dynamic nature, debugging becomes difficult. 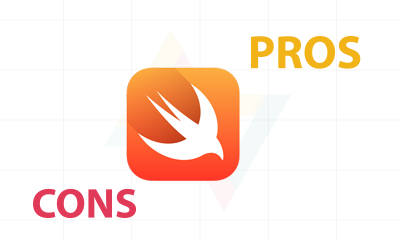 The number of features on offer, right from type interference, optional, to generics, make sure that the Swift apps are not as prone to bugs or crash as frequently as Objective-C. Added, this is more effective for writing code and error-free.

Swift makes use of Automatic Reference Counting (ARC) which tracks the memory usage of apps. In Traditional languages, developers are responsible for tracking them manually by allocating memory.

Swift tops the list with high performance and speed. This is since it uses both Object-oriented and enhanced memory management without garbage collection.

Apple develops the language and offers support to the community constantly. The developers are raving about the technicalities of Swift, which is an indication that this language deserves all the attention.

survey reveals that Swift is one of the leading programming languages, while Objective-C is the most shied away from.

The weakest link of Swift is the change and migration associated with it. However, it is already not as difficult as it was, but still, there is definitely chances of improvement after the introduction of ABI stability.

Undoubtedly, it cannot handle the direct usage of C++ libraries in it.

Which one to choose? Swift Vs Objective-C: 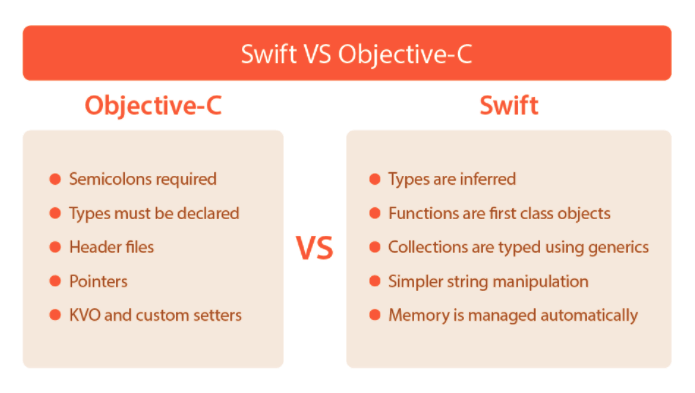 Apple has stated that Swift is 2.6 times faster than Objective-C. However, most of the reports claim that both have a slight difference with speed. Moreover, both languages use the same iOS and SDK along with the Low-Level Virtual Machine Compiler.

Maintenance remains to be complex with Objective-C compared to Swift. Since developers need to handle two separate files. On the other hand, with Swift, maintenance becomes hassle-free.

Swift is a memory-safe and type-safe language which strengthens the security of the language. Along with this, it comes with a clear code that can be understood easily. Hence developers can easily spot the errors and rectify them when compared to Objective-C.

The complexity of the code remains to be a major factor. With Swift, coding becomes super easy with a limited number of lines. But in the case of Objective-C, it can result in crashing the application.

Since Swift is at a growing age, people have started to learn and adopt this new language. Moreover, there are a few complexities such as maturity, less expertise, etc which makes developers move with Objective-C.