We all know the story of Silicon Valley- a congregation of the most intellectual minds on the planet. Silicon Valley cracked open a wide list of opportunities for the tech world as we see it today. Silicon Valley grew as a tech capital in the modern globalized world.

Fast forward to the present, a new player has entered the field. The cluster of tech enthusiasts and companies in Austin, dubbed as the Silicon Hills, Austin is on its way to overwhelm the Silicon Valley.

The tech industry has had its presence in Austin for decades now. It is just a matter of time before we acknowledge the fact!

While the citizens see this as healthy competition within the states (which it is!), it is definitely not the case with tech enthusiasts. The Austin tech hub is the reflection of the culture that the land represents.

There are ripples traveling across the tech world due to this emergence of a possible new tech capital in the country. It is not an understatement to say that Austin is the El-Dorado of the tech world! 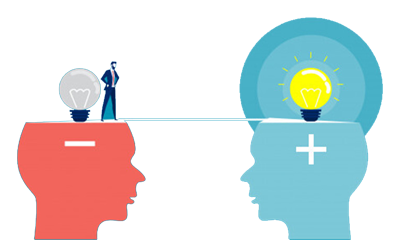 Austin’s people are open to this new change. They don’t see the emerging Silicon Hills as an extra load on their shoulders. This is probably because of the fact that Austin is already a tech capital in many ways.

There has been a ‘tech presence’ in Austin even before the big names like Tesla, Apple, Canva, SpaceX, Facebook, Amazon, and many others announced their migration from the Bay area to Austin.

Austin’s Apple office has been operating for around 20 years now. The Austin office has employed nearly 7000 employees in the area.

People of Austin have been expecting this transformation for a long time and it is only time before that happens. Apart from the existing players, Austin is accommodating many new tech companies as the climate is friendlier than the other states.

Houston, Austin is declared as one of the most diverse cities in the country. Apart from this, the state’s crime rates are even lower than the nation’s average crime rate. All these factors contribute to the creation of the Austin tech hub.

Read Also – How W2S Used Advanced Predictive Data Analytics To Identify The Weather Conditions And Forecast Warnings Through The Help Of A Mobile Phone? 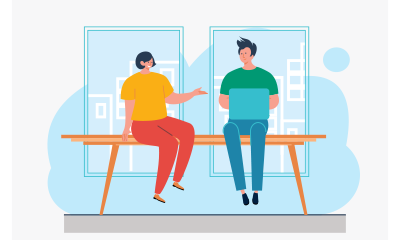 Austin is one of the few cities that provides no state income tax for employees. Also, the tax structure of the city is light on pockets of businesses and start-ups.

One of the most distinguishable factors that set Silicon Hills of Austin apart from Silicon Valley of California is that the city accumulates a broad spectrum of sectors and industries rather than a single player occupying the majority of the share.

The market is open and makes space for many new players and existing players without any partiality. The population is rich in intellect and has a diverse skill stack. Big tech companies in Austin are accommodating to this change which makes the process even simpler.

A suitable spot for relocation 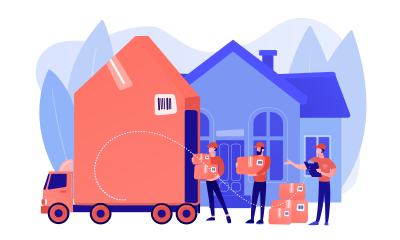 The pandemic had us all on the edge of the seats. The situation however is easing down and most of the tech giants have devised an aggressive strategy to counter the unemployment and the halt of their productivity.

A 2018 LinkedIn survey found out that Austin is preferred by many of the LinkedIn users as a place to move in.

The silver lining? Companies have adopted a ‘remote work’ model to make up for their losses. While remote work is a bit alien to most of us, employees have adjusted to the new ‘new’ and most of them want to follow this system post-pandemic.

Tech giants like Google, Amazon, Facebook, and many other have pooled in their resources to find the best model that could ease a bit on their funds without slacking on productivity.

The hybrid working model seems to be the answer. Employees are embracing the new work model and are able to spend time with their families and loved ones.

Austin is friendlier towards people of different cultures and orientations. A report even finds out that, Austin is the 3rd best LGBTQ+ city in the nation.

Companies are looking for favourable locations that have a relatively low cost of living when compared to the Bay Area and other major cities. Thus, they could slice a portion of their pay without bleeding them out.

Companies like Google and Amazon have announced their expansion of offices in Austin for effective relocation of their employees. This also provides job opportunities for the locals; both inside and outside their offices.

The next startup hotspot

The wave of tech companies in Austin has attracted many venture capitals across the globe. The city has set a favorable business climate for the startups by going light on their funds. This attracted more startups; hence the increase in funds.

Austin is one of the booming metro areas in the USA. The odds are favourable for relocation and investment.

The real estate of the city is also one of the prime reasons why big tech companies are moving to Austin, Texas. Unlike the bay area, no single company owns the entire real estate.

There is enough space for everyone to put their hands into the cookie jar! Many of these big tech companies are also looking for startups to take it under its wings.

A 2018 report suggests that Austin has got some of the highest millineal population. The number of educated youths in the country is simply overwhelming.

This is an added advantage for the startups in Austin. The scope for new startups to provide a service-based sector is also increasing exponentially. B2B sector is going to boom in Austin within a short span of time.

Read Also – The Future of RPA: 2021 Trends and Future Predictions

Ranked as one of the best cities to live in, Austin is undeniably beautiful!

Austin is rich in diversity and culture. It creates a place to embrace different cultures, foods, clothes, and a lot more. Austin is now attracting a lot of tourists.

The place is filled with rich heritage and history. The city also witnesses a lot of intellectual migration as it is rich in various streams of academics and career paths.

The place also holds explosive flavours of food. The ‘Latino’ influence on their food is a great plus for Austin. Pair this great food with one of the most popular movie theatres- Alamo Drafthouse, you’ve got yourself a perfect night!

The migration of the giants, as many call it, has probably fuelled the entire trend. This can be only seen as a beginning. Globalization is paving way for a multi-cultural tech hotspot that is going to be a driving force for the entire tech community. Silicon Hills is nothing but a win-win situation for both the companies and the residents of the city. It is only a matter of time before Silicon Hills overwhelm Silicon valley and transform into the next big thing in the tech world.