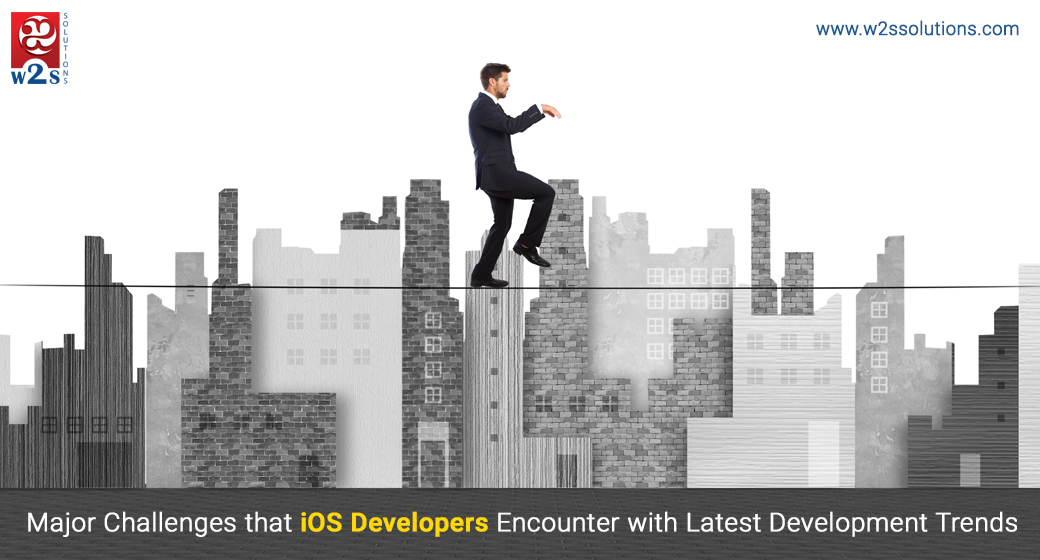 The iPhones first came into the market in June 2007 and they have caused a huge change in the mobile industry. With the iPhone, came the iOS, which is an operating system that has now been put on a variety of products including iPods and iPads. As an iPhone Apps development company, we summarize the challenges faced when It comes for iPhone Apps development. It can’t be conveyed as hard stop challenges as these are made to increase User experience design, security and niche presentation offered by iPhone apps which is a cool differentiator between iOS and Open source app development technologies.

Fashion and design will change frequently and this will affect your app. The apps have evolved significantly since their first release. From the material to the design, you will notice that your audience is interested in better and unique designs.

The app developer will find it easier to battle with compatibility, but the path is not as simple as it sounds. First, you have to find out the definite versions of the iOS the application will support. If you adopt newer versions, you will bring in more users. It is also important that the apps are compatible with gadgets, such as iPods and iPads.

3. Getting an approval from the iOS App Store.

This has to be among the top challenges that iOS developers encounter with the latest trends. Once you develop an app, you cannot release it instantly. You need the approval of the Apple’s App store, which has set some rules to prevent you from going over the line. The rules keep changing and it is important to remain up to date.

Some apps consume a lot of memory if the devices they are installed on have limited storage. These apps may discourage users from installing them. To avoid this, the developer has to take into consideration some of the demands of the app such as consumption of memory.

The security of the mobile application is very important. You should never miss it at any point while developing the app. If the data is not encrypted, the data can be breeched. For you to prevent your app from being hacked, you need to build a very strong security layer.

This happens mostly in gaming apps. It happens where you develop an app but later on you come to realize that someone else is using the exact same ideas for their app. This will happen if your app becomes popular and it can be frustrating. To avoid these copycats, always ensure that your techniques and tactics keep changing.

Though the speed of the internet is not a big issue, it can raise concerns when it comes to video download and other live stream services that may require the internet. If you have an app that requires the internet, you can adjust the quality of the video so as to reduce the consumption of data.

Are you Interested in knowing more about how these challenges can be resolved and how a great iOS app can be built. Apps development is our main offering and we are strong in building an app that solves these challenges. Reach out to us to discuss further. Also, if you have a different approach in app development, let us know and love to hear.